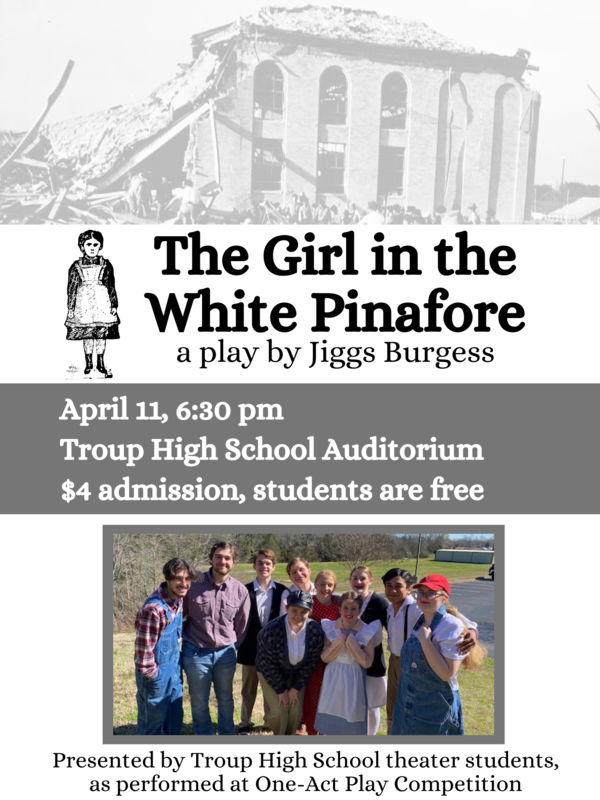 The One-Act Play Cast and Crew competed over Spring Break with their performance of The Girl in the White Pinafore, a play written by native Texan Jiggs Burgess about the New London School explosion.
Reagan Rogers won an All-Star Tech Award.
Claire Puckett received an All-Star Cast Honorable Mention medal, playing the role of School Superintendent W.C. Shaw.
Alexa Brines received an All-Star Cast medal for her role as Amelia Davis, a victim of the school explosion.
The THS theater students will be performing the play again for the public on April 11, at 6:30 pm, at the THS auditorium.
While preparing for the play competition, students were able to learn more about the history of the New London School explosion and our neighbors involved in the tragedy.  Students were able to visit the London Museum, the Cenotaph monument, and the cemetery where victims are buried.